You’ll never guess where these celebrities ancestors originated from!

Discovering your family history is fascinating, but do you know what’s even more interesting? Celebrity family trees!

According to an ancestral tracing company in Boston, Ellen and the Duchess of Cambridge, are 14th cousins, twice removed. The company discovered they are related through Sir Thomas Fairfax and his wife Agnes Gascoigne who lived in England in the 1500s. However, Kate doesn’t appear to be as excited about this as Ellen. “[Kate] refuses to admit it and I don’t know why,” says Ellen. “But I am going to be at Wimbledon and if my cousin Kate is there I’m going to bring the DNA chart with me.” That’s not where her famous tree ends, oh no! She’s also shares her 10th great grandfather with Madonna!

Would you believe us if we told you Kim is related to the United Kingdom’s previous Prime Minister David Cameron? According to The Global Family Reunion, Kim and David are 13th cousins. It’s thought that their ancestors Elizabeth Russell and Catherine Spencer were sisters. 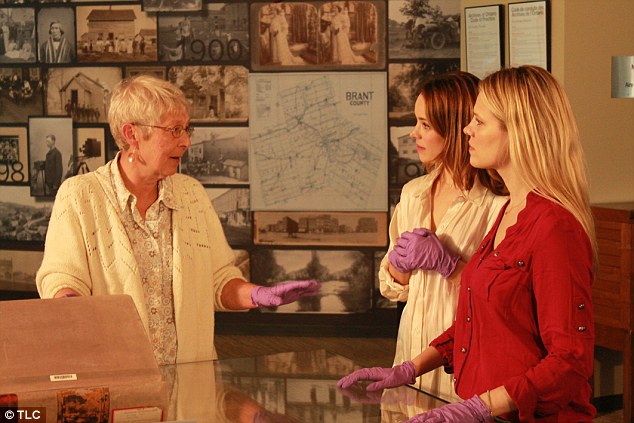 Canadian born Rachel McAdams, best known for her performance in films such as The Notebook and Mean Girls discovered her ancestry is less LA LA Land and more Downtown Abbey on the television series Who Do You Think You Are?
On a journey to discover her mother’s side of the family, she discovered her ancestor was an English footman. “Being related to a footman is the last thing I was expecting. It’s now this whole new world that we have a personal connection to”.
She learnt that one of her ancestors, James Grey, was a revolutionary loyalist in the American colonies. “I never once considered when I imagined these people, that they were my ancestors. I love their extreme sense of loyalty and pride in their country and where they came from, and I feel those things in a lot of certain ways, and I want to be more like them. I guess this has reinforced how important it is to remember people and the sacrifices they made, and what they did to directly or indirectly make life better for those who have come after them.”

La La Land’s Ryan Gosling shares a bloodline with fellow Canadian heartthrob Justin Bieber. It’s said they are 11th cousins, once removed. There must be something in the water over there!

Jim Parsons, aka Sheldon Cooper from Big Bang Theory took a journey on ‘Who Do You Think You Are?’ to discover his late father’s family history. “Family was so important to my father, I’d really like to do this for him in honour of his memory,” said Jim. He also wanted to discover an artistic connection in his blood line, which he found in a trip to Paris. It turned out he was related to Louis François Trouard, the Architect to Louis XV, King of France!
“When I was young and I knew no different, I didn’t really take note of it. But it’s been much later in life that you look back, not only with gratitude, but with a more almost ‘I don’t know what I’d have become without my father. But I have a suspicion without that love, I’d have become a much less happy individual, and that’s what’s behind me for generations.”

Are you ready to shake your own family tree and find out who you really are? Then be sure to enter the Relative Distance sweepstakes with World Nomads and win a trip for 2 to immerse yourself in the culture of your ancestors!

This is a chance to travel back in time, trace your family heritage and immerse yourself in the culture of your ancestors. Travel across generations, explore your roots and discover your story.